COPD (chronic obstructive pulmonary disease) is estimated to be the third leading cause of death worldwide. It occurs when people are exposed to harmful environmental gases or particles for a long time, e.g. by pollutants in the air, but usually by cigarette smoke. Colloquially, this lung disease is therefore called smoker's lung. COPD symptoms include chronic bronchitis, coughing and shortness of breath. The disease is usually accompanied by pulmonary emphysema, in which the alveoli are destroyed and overstretched. This causes the patient to experience shortness of breath. COPD cannot be cured, it is only possible to alleviate the symptoms or slow the progression of the disease. Depending on the severity and impairment of lung function, the disease is divided into the following stages: GOLD 1 (mild), GOLD 2 (moderate), GOLD 3 (severe), GOLD 4 (very severe).

After COPD diagnosis – why does the disease take such a severe course?

In COPD patients in the more severe GOLD stages 3 and 4, we observe an increased incidence of B cells (lymphocytes). The B cells are present in a special structure, as lymphoid follicles. Above all, they are responsible for the extremely poor course of COPD because they promote the formation of pulmonary emphysema. These lymphoid follicles need to be destroyed in order to prevent further progression of the disease.

Researchers in the group of Dr. Önder Yildirim developed two promising approaches to prevent further progression of the disease:

Clotrimazole, a therapeutic agent for the treatment of fungal infections.

Again in mouse experiments, the group saw that this drug can be used to inhibit the cholesterol metabolism in epithelial cells. The questions being addressed right now: How does this agent reach the epithelial cells of the lung - and ultimately the human lung? 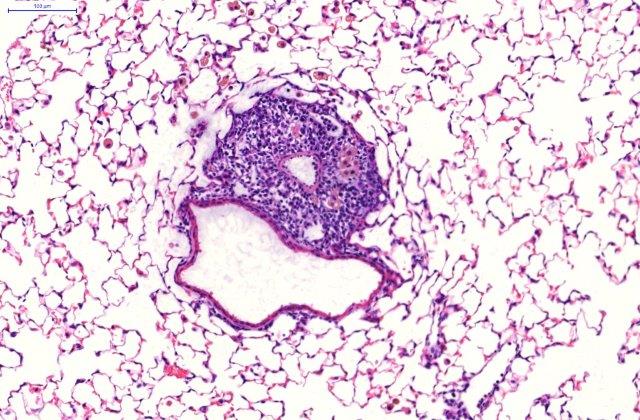 Here, the team first studied work from the German Cancer Research Center (DKFZ). Researchers there had prevented chronic inflammation and fibrosis in the liver by blocking a specific signaling pathway  - the lymphotoxin beta receptor. Could this process also function in the lungs?

After various experimental trials, Önder Yildirim's team found that it works! Blocking the lymphotoxin beta receptor in COPD mice prevented and reversed the formation of lymphoid follicles. And even better: It stimulated the lung tissue to regenerate itself. This technique could therefore be used in later stages of COPD (GOLD 3 or 4) to at least prevent the disease from progressing further.

In a DZL funded study, the role of lymphotoxin-expressing T cells in COPD pathogenesis will be investigated. To this end, blood serum and blood cells will be assessed. The goal of the study is to develop a predictive model that identifies subtypes at risk for developing severe COPD at early stages of COPD. This should enable more effective, personalized interventions. The study is conducted in cooperation of the DZL sites CPC-M (Dr. Ali Önder Yildirim (principal investigator), Dr. Kathrin Kahnert), ARCN (Dr. Henrik Watz) and TLRC (Dr. Frederik Trinkmann). 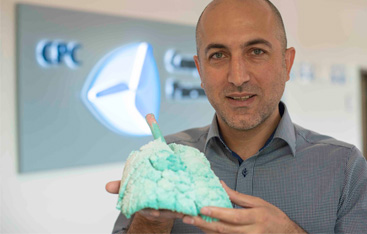 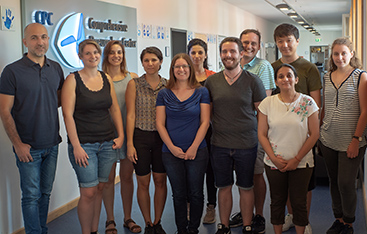 Blog article about the project in newsletter of german ministry of education and research,  september 2018 (german only):